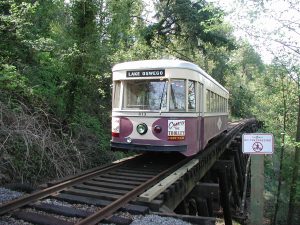 As-built, car # 813 was used on the Portland city streetcar lines (3’6″ gauge). It was typically operated on the Broadway line in, thus was nicknamed a “Broadway car”. It was one of 15 Brill Master operating in Portland. It was a very modern car for its time with safety and one-man operation in mind.

When city streetcar service ended in 1950, this car was transferred to the Oregon City Interurban line. It had to be re-gauged to the line’s standard gauge tracks. Entirely new trucks were used in the conversion. The car then received the new number of 4012.

The Museum completed a major restoration in 1998 to operate on the Willamette Shore Trolley and renumbered back to 813. Years of service on the WST was hard on 813 and now needs a major motor overhaul. Your donations will help bring this car back to service 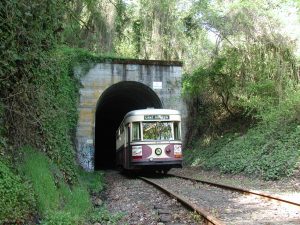 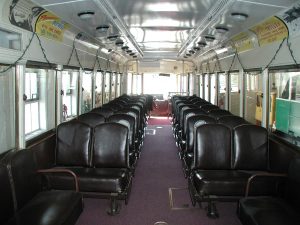